Interview with Steve Kreynin, Founder and CEO of Forte Group

An honest talk with Forte Group's CEO about the company's past, present, and future

Steve Kreynin founded Forte Group in 2000. It’s now an international full-spectrum custom software development company. Throughout its 20 years of existence, Forte Group has gone from a small office with eight employees to a company of more than 400 professionals who develop IT projects for more than 300 clients.

Olga Fedorova, a marketing coordinator at Forte Group, sat down with Steve to listen to his story and find out how the challenges for both the company and the founder have changed over the past two decades.

Steve, how old were you when you moved to the US? How did your new life start?

I came to the United States back in 1989, when I was 18 and the Soviet Union still existed. I spent my time there mastering English, studying math at the university, and working part-time. My first QA-related job was at Abbott Laboratories. At that time, it was one of the most famous companies in Illinois. About 15,000 people worked in the Chicago office alone. After that, I started to learn more about software testing and before I knew it, I became a QA automation engineer, even though there was no such term as Software Development Engineer in Test (SDET) back then.

How did you come up with the idea to create Forte Group and when did it happen? How did it all start?

At some point, I realized that I was interested in teaching others. As they say, “Those who can’t do, teach.” At that time, the QA field was very popular, so I started teaching. I trained and hired about two thousand people for the company. Without realizing it, I created a massive outflow of QA specialists on the market, probably one of the largest ones in Chicago at the time. I recognized the need for QA engineers, as I was constantly asked for help by various companies and during networking. This was the stage at which Forte Group was created.

Now Forte Group has six office locations and more than 400 employees. Was it a difficult journey?

In the first year, the company employed eight people. Since then, the company itself has gone through at least three or four formation iterations.

In 2001, after 9/11 happened, the entire business collapsed. We realized that QA services were not enough, and started looking into software development. At that time, things like BB programming, Microsoft Visual Basic were as popular as .Net and JavaScript are now. During this period, we were looking for talented people from the former Soviet Union to join our projects, and Forte Chicago turned into a full-fledged consulting company.

The next iteration was associated with the sales department creation. It soon became clear that talented developers are not enough, and we began to look for people to promote Forte Group services. After that, the company entered the stage of organic growth, and since then it increases by at least 30 percent every year.

We operated only in the U.S. before, and in 2009 we simultaneously opened offices in Ukraine and Belarus. During this period, Forte Group was formed as an outsourcing company.

And the latest (the fourth) iteration occurred two and a half years ago in early 2017 when we acquired Agile Unicorn and met our partner C.J. Montano. At this point, Forte Group set a course for digital transformation.

However, the company’s mentality is, first of all, helping the client achieve the desired result and business unity. Therefore, the core of all Forte Group services is based on extensive consulting. In Chicago, there are people of partner, head, and product-owner levels who are always close to the client and provide high-value insights. The teams that deal with architecture and implementation are located in Minsk and often work simultaneously with the Chicago ones.

You started talking about the office structure, can you tell more?

Yes, of course. Chicago is home to most of the executive, sales, recruitment, marketing, support, and consulting teams. In Minsk and Ternopil, there are mainly development teams, business analysts, and QA specialists. We have established effective communication between offices. Clients often come to Minsk and Ternopil, and people from the Belarusian and Ukrainian offices are constantly visiting Chicago.

One of the advantages we have is that we don’t try to impose any particular way of interaction on the client. We can offer outsourcing- or consulting-only options, or even direct placement. We always acknowledge our clients’ needs, search for what is best for them, and offer only the option they’re ready for. But, of course, our ideal client is a client who uses more than one of our services.

If a client needs direct placement, do you find specialists in America or search globally? Do you provide relocation packages?

It doesn’t happen very often. Over the 20 years of our history though, there were several cases when we brought people from Europe. Once, we had a client from Singapore, and needed to bring people from Minsk there. Because of our strong recruitment team, we can find the right people anywhere.

Do you remember your first client?

Yes, of course. The first client who trusted us was the Danish Bank ABN AMRO. We joined forces with the bank to build the QA center of excellence, which is now considered the standard for the banking system. As part of the project, the team launched a number of interactive tools that were acquired by HP [Hewlett-Packard] a few years later.

We’re still in touch with almost the entire team that worked with us on that project. Some of them became our clients, some work at Forte in senior positions, and with some, I’ve been friends with them for 20 years.

Is there anything unique about Forte Group?

There are a lot of IT outsourcing companies that provide software development in Chicago. However, Forte Group works with practices like staffing, direct placement and consulting, and knowledge sharing.

Each of these areas is not unique, but what is unique is that we combine them all. Not as a singled-out pianist, violinist, and drummer, but as an orchestra.

We have been developing IT solutions for 20 years. Not as a singled out pianist, violinist, and drummer, but as an orchestra.

What does it take to be a manager that helps the company grow, from your perspective?

The balance between vision and execution. It is important to find a team that can not only generate ideas, but also implement them—and this is long, systematic, and often tedious work. We need employees with completely different skill sets that still manage to find an approach to each other, work together and figure ways out of any situation. Conflict is an unavoidable part of teamwork. If there’s no tension, it means that the company is not developing fast enough.

If there is no tension in the team, that means that the company is not developing fast enough.

How does one maintain an acceptable work-life balance?

How do I maintain it? If someone gives me an answer, I’ll be the first in line to listen to it myself, because I don’t have one. Since I started the company, my answer has always been the same: forget about it. I started restoring this balance only after the 20th company anniversary, and the only solution I can see now is to delegate. But to delegate efficiently, you need to raise the people that work for you and grow with them, and learn to trust.

Have you heard that Belarus is often called ‘the Silicon Valley of Eastern Europe’?

No, I haven’t (laughs). It is harder and harder to find employees in Belarus. The job market here is oversaturated, because the country is known in the world and is much more well-known than other Central European countries, such as Slovakia, the Czech Republic, and Bulgaria.

Praise to the people and organizations who created and streamlined the whole thing: Businesses, High Tech Park (HTP), a good tax policy—all of them!

How does Forte Group deal with such an oversaturated market?

The staff retention issue is typical for the IT market in Belarus. One of the ways to solve this problem for our company is to continuously improve our employees’ skills.

We do this so that people don’t stagnate in their workplace, or don’t reach their limit. This is why the “question-and-learn” principle is in the company’s DNA. We have a very thorough interview process and hand-pick the best, and our goal is to raise them together with us not only as tech gurus, but also sharpen their soft skills, team leadership, security skills. Our goal is to make our employees full-fledged IT specialists.

In Minsk, we are opening a new office at 3 Dzerzhinsky street (near the Grushevka metro station next to the Renaissance Hotel). We have already received the keys and will be settling there during the next six months. This is a smart office that meets all modern requirements. Lots of air and free space, high-quality zoning, cozy meeting rooms and recreation areas where people can communicate and share knowledge.

The next step is opening office in London. Now we are focused on attracting bigger clients, which will allow us to improve the internal employee growth system and enhance transitions from project to project for continuous professional development.

Olga is a marketing enthusiast with experience in digital marketing, event management, and community building. She is an inquisitive, open-minded person, who seeks out new ways to boost employer brand. Falls in love with eye-catching texts, trendy graphic design, and innovative technologies. 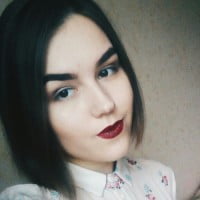 Oksana Mikhalchuk is a digital marketing manager at Forte Group. She is passionate about creating content and is fascinated with technology and the untapped potential it carries for business and digital transformation.

Allow your business to prosper fast without limitations of ineffective software and outdated practices.

Outsourcing vs. Outstaffing: Which Should You Choose?
Read More