With so many software testing tools on the market, choosing the right fit for your organization can be a bit overwhelming.

These days, software testing tools are an essential solution for organizations to keep up with their demanding release cycles timeframes. To deliver our products as fast as possible, our processes need to be fine-tuned and coordinated. A well-orchestrated toolset can support collaboration and increase productivity, making it easier for testers and developers to work in a truly agile fashion.

Cypress is an end-to-end testing tool that can be utilized as a more beginner-friendly alternative to Selenium. The Cypress testing tool consists of two modules: Cypress Test Runner (an infrastructure for writing and executing tests) and Cypress Dashboard (a test runner, recorder, and dashboard).

Cypress does not use Selenium or WebDriver.

“Automate Your API tests with Postman.”

Postman is an API test automation framework. It can be utilized to automate a range of tests, including end-to-end, unit, regression, integration, and functional tests.

Apache JMeter is an open-source protocol-based framework designed to test the functional behavior and performance of applications. This tool is mainly targeted at testing web apps. However, it interacts with a variety of applications, protocols, and server types.

Lighthouse is an open-source web performance testing tool intended to improve the quality of web pages and progressive web applications from SEO analysis to cache policy. Using modern metrics, data from the Google search engine, and development best practices, Lighthouse carries out a full-scale audit of a website.

Playwright is a Node.js automation library for end-to-end testing that is based on Chromium and Puppeteer. It can be utilized both for single-page and progressive web applications.

TestProject is an end-to-end cross-platform (iOS, Android, web) test automation tool. It can be fully integrated with Selenium and Appium.

Endtest is a web and mobile codeless end-to-end testing tool. Having integrations like Jenkins, Travis CI, and GitLab, Endtest can be seamlessly added to a team’s current CI/CD flow.

CodeScene is a code analysis and quality visualization tool that can be utilized by developers, QA engineers, and managers. It analyzes code based on business value.

Puppeteer is an open-source web testing and automation tool with all the necessary API code snippets enlisted in its documentation. Puppeteer can be easily integrated into the current CI, such as Travis CI or Appveyor.

What additional tools can QA engineers use to ensure the successful outcome of their work?

A leading CI tool that can be successfully utilized for testing codebase changes in real time. It is a great tool to incorporate into the testing process and automate some essential routines.

GitHub is a version control repository used by millions of developers. Many QA tools can be linked to GitHub accounts, so that reported defects are automatically recorded. For example, you might run manual tests on another testing tool while using GitHub for bug tracking.

Tmux is a popular virtual terminal multiplexer that lets you quickly change from several programs on the same terminal. You can separate them from one terminal and attach them to another one and use the command line interface without having to dump out of one session to start another. It’s similar to GNU Screen but differs in that it’s licensed under Berkeley Software Distribution (BSD).

Quality is never an accident; it is always the result of intelligent effort.

We hope that this list of the top testing frameworks of 2020, hand-picked by Forte QA experts, will be a helpful guide to inform your QA strategy in 2021. Feel free to utilize it. We hope it helps your projects achieve the desired quality and scalability.

Still having trouble deciding which one of the quality assurance automation tools is right for your project? Check out our answers to the top questions about QA or get in touch with one of our software quality strategists by reaching out at the link below.

Make the most out of your QA and testing strategy by leveraging Forte Group's 20-year expertise in testing with more than 450 projects. 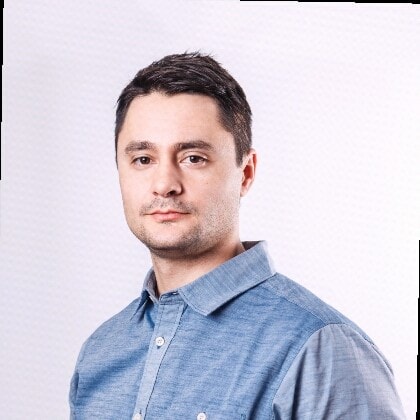 Pavel is Director of Quality Assurance at Forte Group whose vocation is to design, implement and reinforce appropriate and effective QA guidelines and practices for better software. 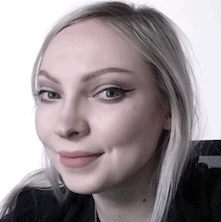 Alexandra is a content manager at Forte Group, who is enthusiastic about all things tech. Her technical interests embrace quality assurance, software development, and DevOps.

Latest software testing trends for 2021
Better code, faster: 8 reasons why you should use unit testing
With Continuous Delivery, Is Manual Testing Irrelevant?